Send some poetry to a friend - the love thought that counts!
Poems for the People   -  Poems by the People

The following index of poems includes all of those submitted by the author and subsequently published on the main site. The date the poem was submitted (not necessary published) is also included with each entry. If the author has published poems under more than one category, their poems are grouped by category. 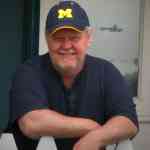 Ron is a retired business-owner and computer programmer, currently living in Michigan. As founder of Passions in Poetry, and the only one maintaining it, he reads a whole lot of poetry, but sadly doesn't find as much time as he'd like to write any.

Ron is very active, of course, in our pipTalk Forums and can often be reached there more quickly than by email.

Poems on Life - Poems on Society

These poems are very popular ones to send to friends.

There are graphical Greeting Cards available for these poems.